On Friday 29th April 2011 the 32nd Bun Throwing event took place in Abingdon on Thames to celebrate the Royal Wedding of Prince William and Catherine Middleton. 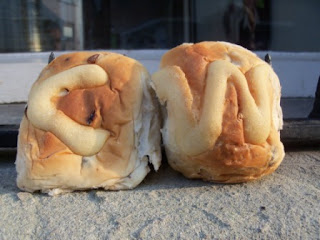 The Buns were thrown from the former County Hall Building at 6pm with over 4,000 currant buns thrown to the massive crowd below. 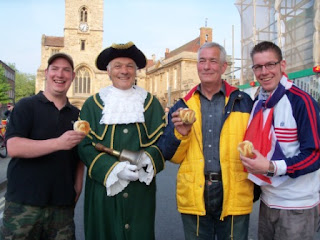 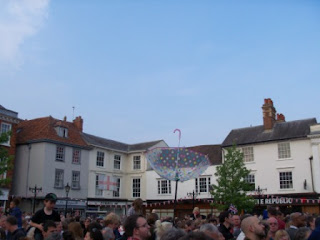 To date there have been 32 Abingdon Bun Throwings! Another is planned to take place in 2012 to celebrate the Queen's Diamond Jubilee.

A great blog which until today I did not know existed. Richard Gottfried must be the foremost expert on bun throwing in Abingdon. You may use that quote on the back of your forthcoming book if you wish.

You can view a video of the Queen's visit to Abingdon in 1956 and footage of the special Bun Throwing held to mark her visit at the British Pathé website.