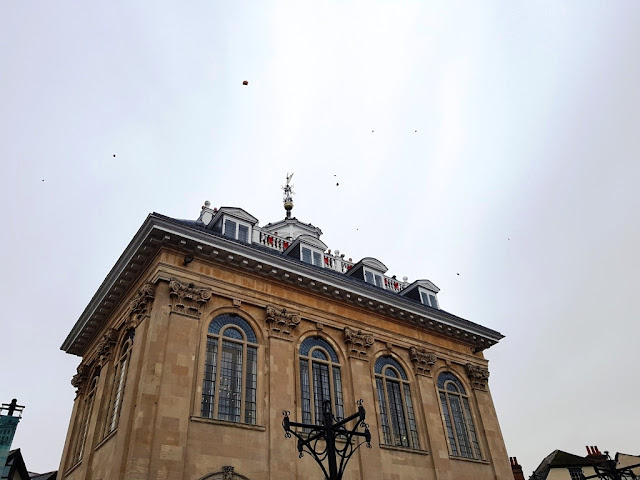 In 1995 there was a bun throwing held to mark the 50th anniversary of Victory in Europe Day. Some of those currant buns had a special 'V for victory' marking on them. The excellent Abingdon Blog has a post about 1995's event.

The last bun throwing held in the town to date was in 2018 to commemorate 100 years since the end of the First World War.


At the present time it's hard to know when the town will be once again able to hold a bun throwing.
Posted by Richard Gottfried at 11:12 am No comments: